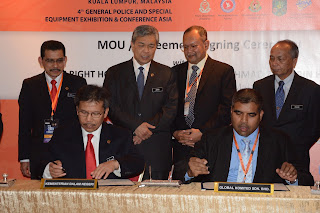 Kuala Lumpur, 21st October 2015: Global Komited Sdn Bhd, a subsidiary of The Weststar Group, a leader in automotive defense and special equipment sectors today signs a contract agreement with the Ministry of Home Affairs Malaysia for the procurement of eight units of IAG’s Armoured Personnel Carriers at the 4th General Police and Special Equipment Exhibition and Conference 2015 (GPEC ASIA 2015).

The vehicles will be deployed under the provision of Royal Malaysian Police’s (PDRM) security operations. With the procurement, PDRM will be the first police department in the region to utilize IAG’s high mobility and high protection technologically advanced Armoured Personnel Carriers. The delivery of the Armoured Personnel Carriers is expected to be completed by end of November

In light of the contract signing, The Weststar Group Managing Director, Tan Sri Syed Azman Syed Ibrahim remarks, “The development of advanced armour technologies has driven a new demand for armoured vehicles. Within the context of the industry’s development, Global Komited, our defense arm has partnered with IAG to cater to the Ministry of Home Affairs Malaysia’s specific requirements in expanding PDRM armoured VIP vehicles’ fleet.”

He adds, “IAG’s Armoured Personnel Carrier is the most popular choice for armoured vehicles for its tactical abilities. The addition of the eight units will allow PDRM to add more depth to its security and tactical operations.”

With Asia being the fastest growing market in the respective sectors, The Weststar Group’s participation in the fourth edition of the exhibition places the company expediently to gain more traction in the technology-driven marketplace.

Taking place from the 21st to the 23rd of October 2015, Global Komited is displaying its highly reliable General Service cargo (GS Cargo) vehicle and an army Special Operation Vehicle (GKM-1) to the visitors of GPEC ASIA 2015. These two tactical vehicles have been commissioned into service for both PDRM and Malaysian Armed Forces.

A key industry player, Global Komited Sdn Bhd has been a key principal contractor for a number of defense and security contracts namely for the Ministry of Defense (MINDEF) and Royal Malaysian Police (RMP).

In light of this, Tan Sri Syed Azman provides context, “GPEC is an important avenue to showcase The Weststar Group’s expertise in producing custom made automotive defense vehicles and special equipment. We are seeing an emergence of a new market driven by new technologies in the defense and security sectors. Therefore, we are strategically working together with our overseas technology partners to carry out R&D, among others, to provide our prospective clients the best products and cost effective solutions.”

Tan Sri Syed Azman adds, “We have been working closely with PDRM and other stakeholders on a number of development fronts. Furthermore, as a result of these close ties, we have managed to achieve a high project completion rate by actively responding and fulfilling our stakeholders’ needs particularly in scaling their operations’ expansion. For instance, we recently assisted PDRM in expanding its mobile operations with our purpose-built mobile police stations and tactical vehicles.”

Tan Sri Syed Azman concludes, The Weststar Group will continue to support GPEC in the years to come. At the same time, with the collective support of all the local players in the automotive defense and special equipment sectors, the exhibition will grow in significance as Asia continues to chart strong growth in the respective sectors.

About The Weststar Group
The Weststar group is a highly diversified global corporation. Composed of ten subsidiaries, The Weststar Group core businesses are in the aviation and automotive sectors. Under The Weststar Group Automotive & Defense Division, Weststar Maxus activities cover the distribution, marketing, sales, after-sales services, customization and other related activities for the Weststar Maxus range of vehicles in Malaysia and Indonesia. In addition, Global Komited is a major supplier and fabricator of defense vehicles and equipment. Meanwhile, Weststar Auto, an authorized Honda dealer holds a nationwide reputation for being one of the biggest Honda dealers in Malaysia. At the other end of the spectrum, Weststar Aviation Services provides offshore helicopter transportation services to some of the world’s biggest oil and gas clients. Boasting a diverse portfolio, The Weststar Group is a fast growing multi-billion dollar corporation with business interests in other industries namely construction, properties and insurance.
Posted by Minda Pertahanan at Wednesday, October 21, 2015 No comments: 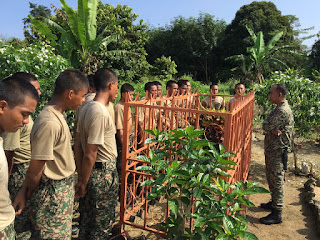 Posted by Minda Pertahanan at Saturday, October 03, 2015 No comments: 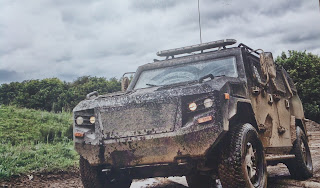 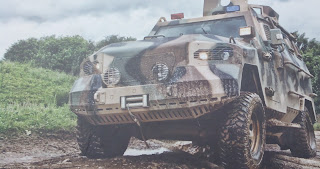 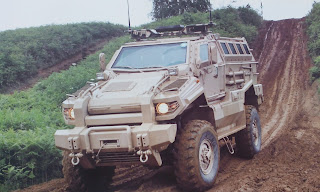 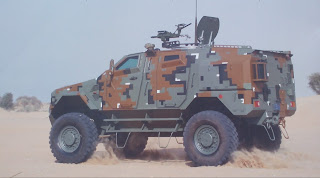 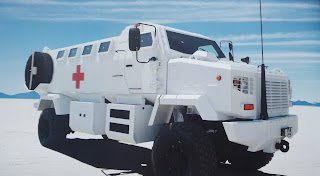